Ligers and Tigons, Oh My! Cat Lineage Littered with Interbreeding 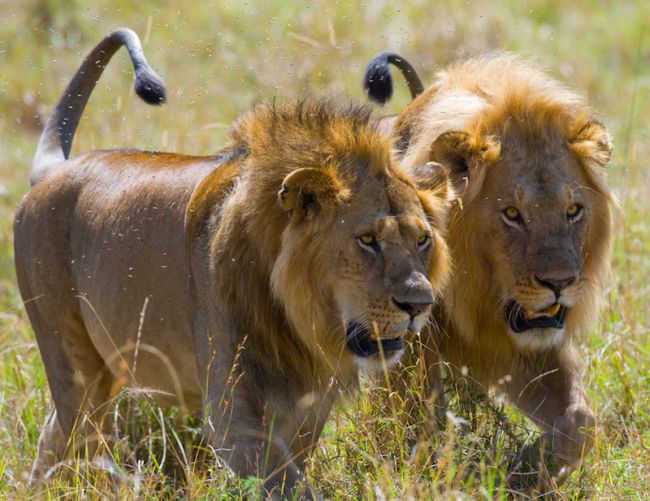 Modern-day felines may be the ultimate mutts.

Different species of cats mated with each other at several points in history, a new genetic study of felines reveals.

These ancient cat hybrids may have shaped the course of feline evolution, researchers said.

The new cat family tree could also help explain many of the mysteries of cat evolution that have emerged in recent years, scientists added. [Real or Fake: 8 Bizarre Hybrid Animals]

When creating family trees of species, researchers can discover how closely related two species are by looking at the level of similarity between their DNA.

In the past decade or so, as scientists analyzed cat genomes to learn more about feline evolution, strange discrepancies arose. This was related to the two types of DNA found in cells: nuclear DNA, from cell nuclei, and mitochondrial DNA, from cell mitochondria, which are the power plants of cells. Family trees of cat species drawn up from nuclear DNA sometimes differed from those drawn up from mitochondrial DNA, said study co-author William Murphy, a mammalian geneticist at Texas A&M University in College Station.

One possible solution to this puzzle was that interbreeding between different cat species occurred. This explanation could work because whereas nuclear DNA is generally inherited from both parents, mitochondrial DNA is inherited only from mothers. As a result, if a female tiger mates with a male lion, for example, their cubs would generally carry an equal mix of lion and tiger nuclear DNA, but their mitochondrial DNA would come solely from the mother, the tiger. The cubs, in turn, would have different family trees depending on which type of DNA was used in the analysis.

What's more, previous research found that different cat species that do not live anywhere near each other in the wild can interbreed in zoos. This, for example, can happen between lions, which live in Africa, and tigers, which live in Asia. The results are hybrids that have traits of both species, such as ligers, crosses between male lions and female tigers, and tigons, the offspring of female lions and male tigers.

"One of the world's most popular cat breeds, the Bengal, is a hybrid between the domestic cat and the Asian leopard cat, and several other increasingly common cat breeds are of hybrid origin," Murphy said in a statement.